Eye witnesses to the war

Eight eyewitnesses share their personal wartime experiences of occupied Amersfoort. Photographs and diary excerpts from the Eemland Archive and objects from the museum collection paint an impressive picture of these unpredictable, ominous and occasionally mundane years of occupation.

Eight eyewitnesses tell their story in this permanent exhibition. Now in their fifties, residents such as Honoré Blijdenstijn and Witte Jan Vaatstras documented their day-to-day experiences in wartime diaries. Their observations describe the photographs and exhibits in greater detail, lending a special meaning to ordinary objects. The diaries of Bep and Greetje, two young girls of about 15 who freely describe their daily experiences - from grim bombing raids and hunger to normal teenage emotions - are especially moving. The teenage girls are especially fascinated by the Canadians who finally liberate the city on 7 May 1945.

Uniquely, the exhibition also devotes attention to Amersfoort residents who never had the opportunity to tell their stories. Over 350 of Amersfoort's Jewish population did not return in 1945, because they had been murdered. More than 70 brave resistance fighters were ultimately killed. Over 30,000 men were held prisoner in Camp Amersfoort: ten of their stories are featured in the exhibition.

A small photo exhibition with diary excerpts shows the different facets of daily life in Amersfoort after the German capitulation on 5 May 1945. It was an uncertain day: Although the German army had surrendered, the troops in Amersfoort were still armed. Young residents Elfriede Ingenkamp and Frans van Opijnen were caught in the crossfire between German soldiers and resistance members, and killed. Collaborators were rounded up and jeered at by their fellow locals. The photos also show joyous occasions, such as Canadian troops entering the city and Camp Amersfoort. Today, no one realises that those thousands of Canadians stayed in Amersfoort for months. It would still be quite a while before normal life resumed. 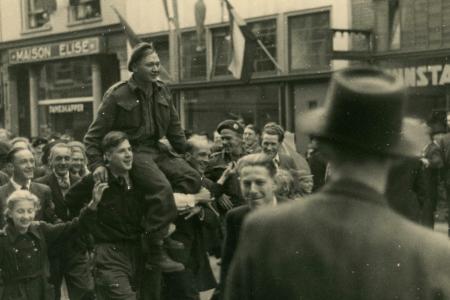 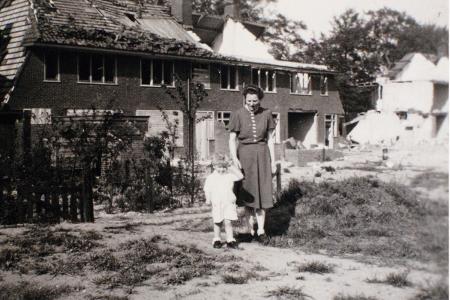 Destroyed houses in the Soesterkwartier, after the great bombardment on October 13th 1944 (Archief Eemland) 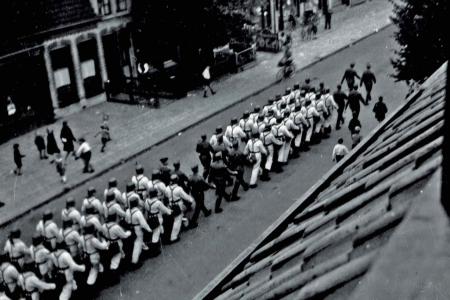 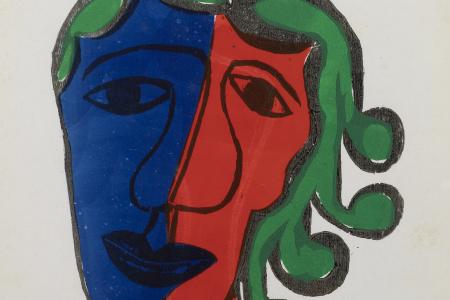