Now on view | until 24 january

Bep Eskes - Rietveld, daughter of furniture designer and architect Gerrit Rietveld, painted and drew portraits and still lifes throughout her life. She was imprisoned in several Japanese internment camps during World War II, where she painted portraits of children for their mothers. She also painted sick or deceased children, or sons who would be transferred to the men's camp as soon as they turned 10. Museum Flehite presented several of these cherished children's portraits in the Bep Rietveld (1913-1999), painter-illustrator in war and peacetime exhibition marking the 75th anniversary of the end of WWII. The exhibition also features a selection from Bep Rietveld's entire body of work.

Elisabeth Eskes - Rietveld was born in Utrecht in October 1913 as the eldest daughter of Gerrit Rietveld and Vrouwgien Hadders. As a child, Bep adored her creative father. Although he later disappointed her as a human being, she always remained a great admirer of his work. This is also reflected in her paintings, in which subjects are often portrayed on a chair designed by her father.

Bep's talent for drawing and painting became evident at a young age. Her father - who felt that painting had become redundant after Mondrian - didn't exactly encourage her in this area. However, Bep didn't let that discourage her. She met Charley Toorop through her father, who then introduced her to various art forms and encouraged her to develop her painting skills. Charley's style had a clear influence on her early work.

Bep Rietveld married young and had her first child at nineteen. The marriage was short-lived and Bep left for the Dutch East Indies in 1937 with her son Fons to start a new life with childhood friend Dennis Coolwijk. The couple had three children, of which one died. Bep and her children were interned in a Japanese camp when the war broke out. It was during this difficult and uncertain period that she drew over a hundred portraits of fellow prisoners and their children. In some cases, these portraits were the mothers' only mementoes of their deceased children or sons who were being taken to the men's camps and might never return. Drawing also gave Bep a sense of stability. She would use chalk to draw on any piece of paper she could get her hands on.

Return to the Netherlands

Bep returned to the Netherlands after the war had ended. Her second marriage had also failed, and she ended up remarrying, to Derk Eskes, with whom she went on to have three daughters. While Bep prioritised her children and didn't have much time to paint during this period, she did manage to get some work done from time to time. She would paint in the living room, surrounded by her father's furniture. After her six children had left home, she rapidly produced a large volume of work until her death on 9 March 1999.

In recent years, Bep's daughter Martine Eskes has been working to track down and photograph forgotten works in order to create a digital overview of her mother's oeuvre. Having appealed to the general public through the bep-rietveld.nl website and NOS television, she managed to expand the collection by 100 works to its current total of 370. 32 of Bep's many portraits from the internment camp were eventually recovered. These 32 drawings are now on display in Museum Flehite. A catalogue of works from the exhibition will also be published and made available for purchase at the museum store and other locations.

NOS broadcasters recorded the search for Bep's wartime portraits.
The NOS documentary 'The Camp Portraits of Bep Rietveld' follows Martine Eskes in her search for her mother's lost drawings and shines a light on the people behind those portraits: survivors of the Japanese occupation in the former Dutch East Indies. The documentary will be broadcast on NPO 2 on Saturday, 15 August at 20:44. 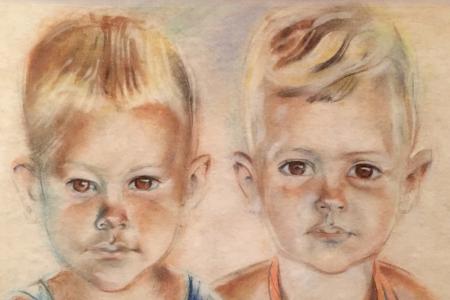 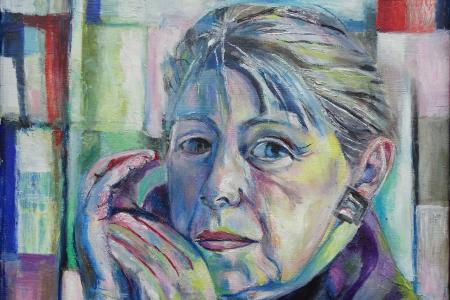 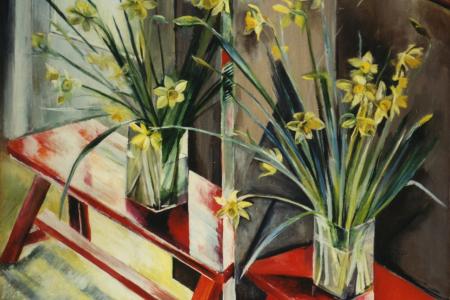 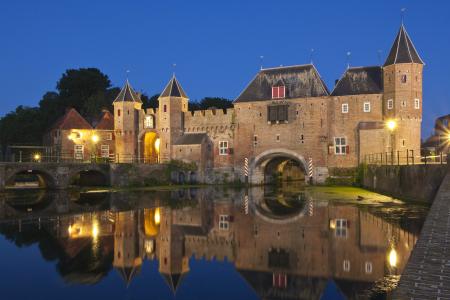