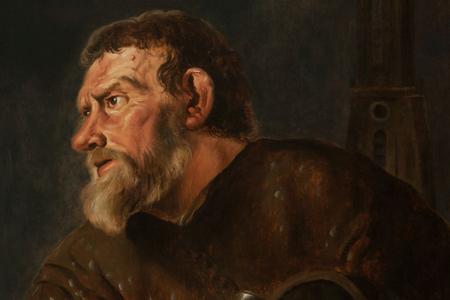 Leendert Nicasiusz (c. 1600-1658) is over fifty years old in this portrait. He is wearing a dark brown woolly gambeson, which is torn in several places. We can see a grey shirt through the tears He is holding an axe in his right hand and clutching a leather fire bucket under his left arm. We can see the Onze-Lieve-Vrouwetoren in the background; flames are bursting from the wooden spire. 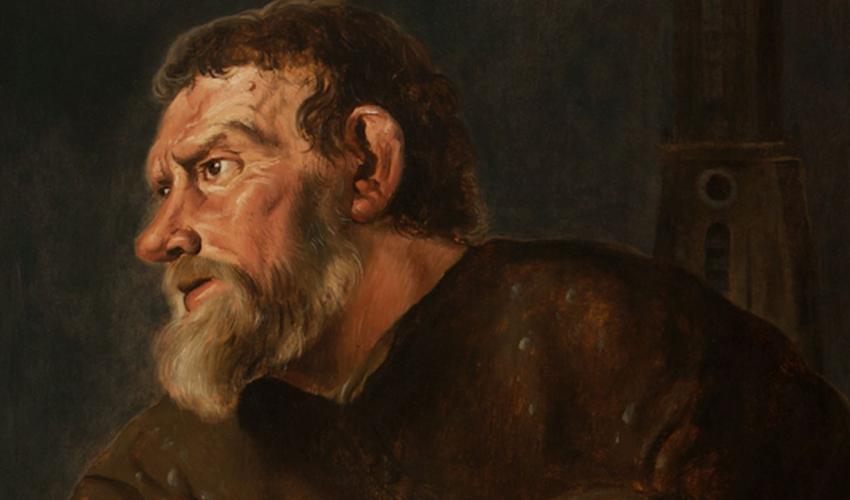 God gave Nicasiusz courage
to tame the Olympic fire with a firm hand
He thought only of his city's salvation and honour,
and was immortalised in a painting by Van Campen.
This freely translated version of the painting caption tells the story of a great fire in the tower, which was struck by lightning in 1651. Nicasiusz rushed up the staircase and managed to chop off the burning parts of the wooden spire with his axe. As a result, he stopped the fire from spreading. However, the lead on the spiral did melt and drip onto his clothing, which explains the grey spatter. Nicasiusz received a new costume and 50 guilders (about one and a half month's salary) from the city council as a reward for his heroic deed. The city council commissioned Jacob van Campen to paint his portrait; the canvas was hung in the town hall.

Nicasiusz was city carpenter, a position we would now describe as head of public works. After the fire, he built a new spire on the Onze-Lieve-Vrouwetoren designed by Van Campen. This spire has since been replaced. 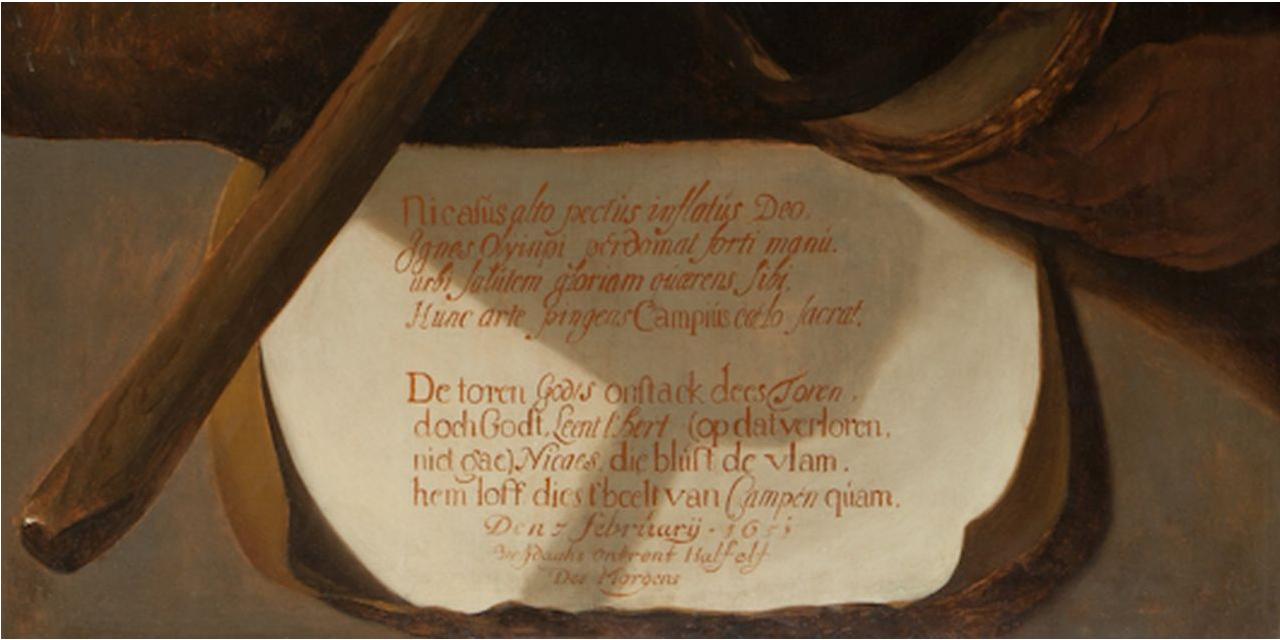